Tommy Cooper was the funniest comedian ever.....

“ I was in bed with my new girlfriend last night, and she said I‘d got the biggest willy she’d ever laid her hands on”


I said “You’re pulling my leg”

A hippie gets on a bus and spies a pretty young nun.
He sits down next to her,
And asks her:
"Can we have sex?"

The bus driver, who overheard, turns to the hippie and says:
"I can tell you how to get to have sex with her!"

"Yeah!", say the bus driver..
"She goes to the cemetery every Tuesday night at midnight to pray,
So all you have to do is dress up in a robe with a hood,
Put some of that luminous powder stuff in your beard,
And pop up in the cemetery claiming to be God."

The hippie decides to give it a try,
And arrives in the cemetery dressed as suggested on the next Tuesday night.

"I am God," he declares to the nun, keeping the hood low about his face.
"Have sex with me."

'God' agrees, and promptly has his wicked way with her.
As he finishes, he jumps up and throws back his hood with a flourish.

"Ha-ha," cries the nun. "I'm the bus driver!
Three Blondes were all applying for the last available position on the Texas Highway Patrol.

The detective conducting the interview looked at the three of them and said, "So y'all want to be cops, huh?"

The blondes all nodded.

The detective got up, opened a file drawer and pulled out a folder. Sitting back down, he opened it and pulled out a picture, and said, "To be a detective, you have to be able to detect. You must be able to notice things such as distinguishing features and oddities, such as scars and so forth." So saying, he stuck the photo in the face of the first blonde and withdrew it after about two seconds.

"Now," he said, "did you notice any distinguishing features about this man ?"

The blonde immediately said, "Yes, I did. He has only one eye!"

The detective shook his head and said, "Of course he has only one eye in this picture! It's a profile of his face! You're dismissed!"

The first blonde hung her head and walked out of the office.

The detective then turned to the second blonde, stuck the photo in her face for two seconds, pulled it back and said, "What about you? Notice anything unusual or outstanding about this man?"

The detective put his head in his hands and exclaimed, "Didn't you hear what I just told the other lady? This is a profile of the man's face! Of course you can only see one ear!! You're excused too!"

The second blonde sheepishly walked out of the office.

The detective turned his attention to the third and last blonde and said, "This is probably a waste of time, but..." He flashed the photo in her face for a couple of seconds and withdrew it, saying, "All right, did you notice anything distinguishing or unusual about this man?"

The blonde said, "I sure did. This man wears contact lenses."

The detective frowned, took another look at the picture and began looking at some of the papers in the folder.

He looked up at the blonde with a puzzled expression and said, "You're absolutely right! His bio says he wears contacts! How in the world could you tell that by looking at his picture?"

The blonde rolled her eyes and said, "Well, Helloooo! With only one eye and one ear, he certainly can't wear glasses." 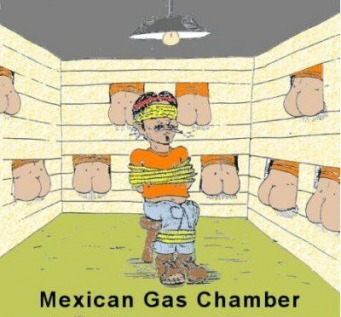 A group of primary school infants, accompanied by two female teachers,
went on a field trip to Cheltenham races to see and learn about
thoroughbred horses. When it was time to take the children to the toilet,
it was decided that the girls would go with one teacher and the boys
would go with the other.
The teacher assigned to the boys was waiting outside the men's toilet
when one of the boys came out and told her that none of them could reach
the urinal. Having no choice, she went inside, helped the boys with
their pants, and began hoisting the boys up, one by one, holding their
willies to direct the flow away from their clothes.
As she lifted one, she couldn't help but notice that he was unusually
well endowed. Trying not to show that she was staring, the teacher said,
'You must be in year four.'
'No madam,' he replied. 'I'm riding Silver Arrow in the 3.30 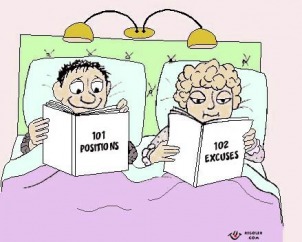 An Irishman is cleaning his rifle and accidentally shoots his wife.
He immediately dials 999.
Irishman: ''It's my fooken wife! I've accidentally shot her, I've
fooken killed her!''
Operator: ''Please calm down Sir. Can you first make sure she is
actually dead!''
*click* .... *BANG*
Irishman: ''Okay, I've fooken done that. What next?'' 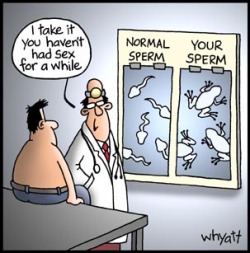 A man goes into the Job Center in MELBOURNE and sees a notice advertising for a Gynecologist's Assistant.
Interested, he goes to learn more "Can you please give me some more details about this job?" he asks the male receptionist on the desk.
The receptionist locates the job file papers, and replies. "The job entails you getting female patients ready for the gynecologist.
You'll have to help them out of their underwear, lie them down and wash their nether regions, then apply shaving foam and shave off all their pubic hair; then rub in soothing oils so they're ready for the gynecologist's examination.
The annual salary is $50,000 but you're going to have to go up to BRISBANE ."
The drooling man asks.... "Is that where the job is based?""No, that is where the queue ends!" 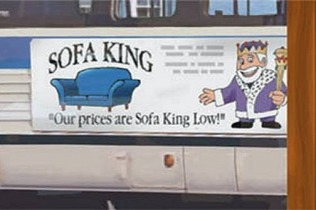